A Slice of Brexit History 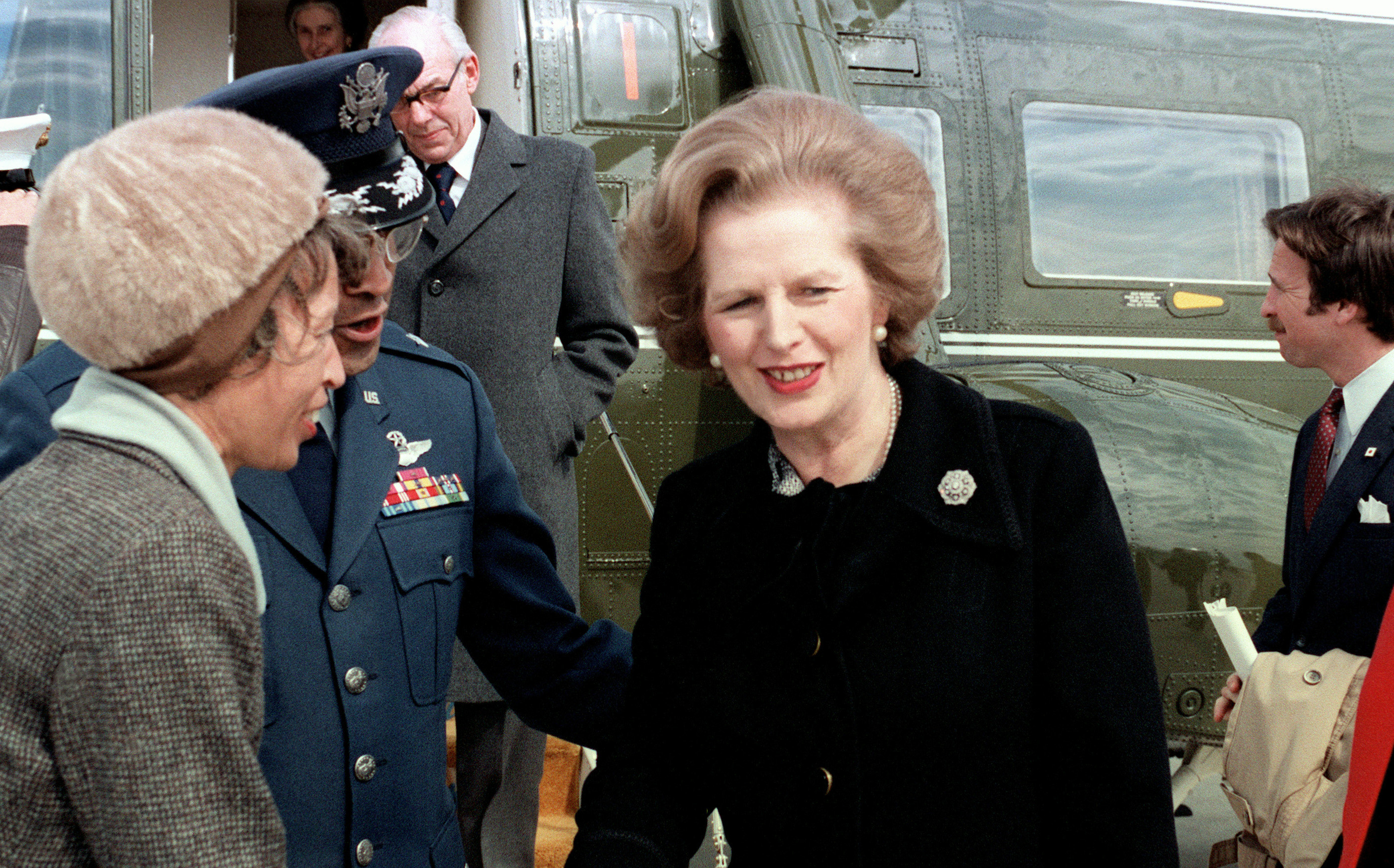 This article is partially based on a recent V/I Breakfast whose guest of honour, Charles Moore – the authorized biographer of Margaret Thatcher – gave a number of telling accounts of the Iron Lady’s motivations during her time as the UK Prime Minister as well as after her retirement. The meeting was part of a tour for the Polish translation of the first volume of Moore’s book, From Grantham to the Falklands 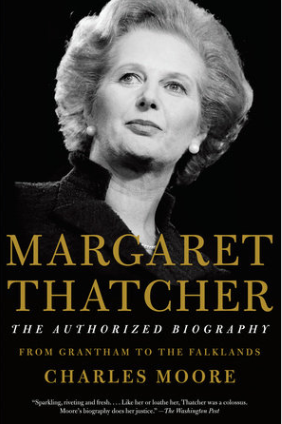 Many political analysts have offered reasons for why and how the UK has gotten itself into today’s Brexit conundrum. Critics bounce around ideas between David Cameron’s mistimed and opportunistic call of the referendum, Boris Johnson’s own self-serving decision to head the “Leave” campaign, or the varied and valid domestic concerns which have only increased in severity since the 2016 vote.

No matter the cause, at this point we need to search for solutions, and an important one has precedent from Johnson’s own conceptual backyard.

During the 1970s-80s, the ideological lines were drawn in Europe as they were across the globe. While for many the impending threat of a Soviet-style communism sweeping across the continent had lost much of its muster, tensions between the West and the Eastern Bloc were no less diminished. 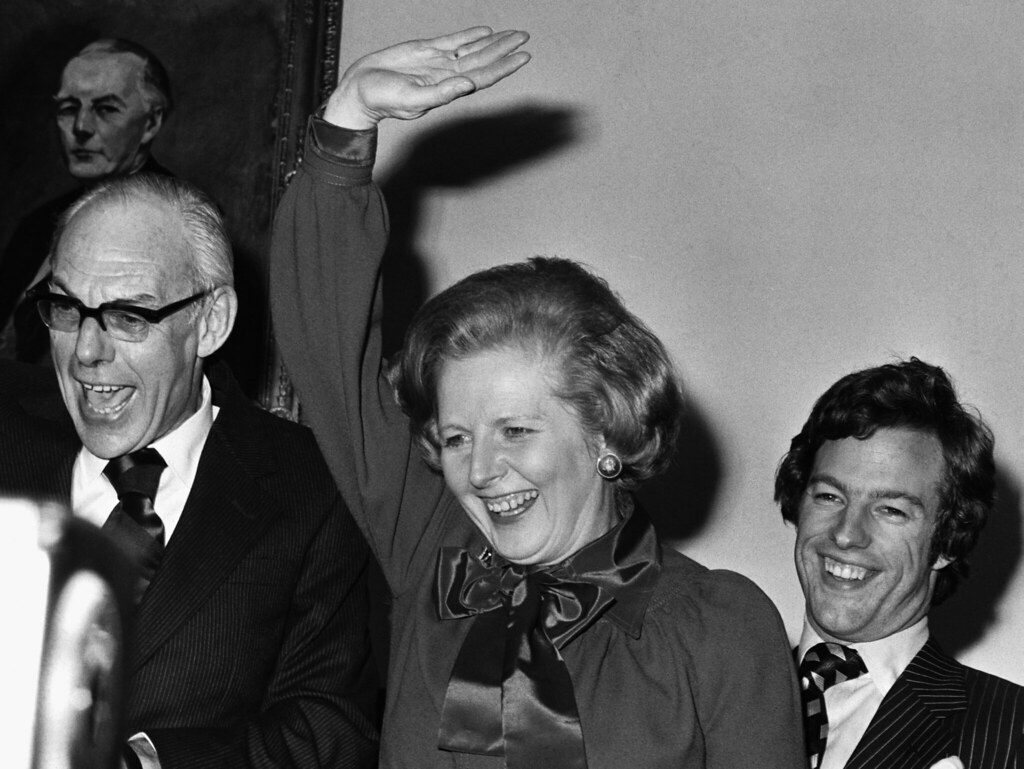 The generation in power had witnessed the ravages of WW2, unavoidably defining their world views as well as heightening their worries about the tenuous bonds holding our very societies together.

It was with this backdrop that Margaret Thatcher took residence of 10 Downing St and had to forge a multidimensional foreign policy.

Put bluntly, she was not wildly in favour of the EU community. Thatcher liked the association as a trade partner but was wary of it leading to a political grouping. Nevertheless, she was pro-European in that she thought it was an important component of the Western Alliance in the Cold War.

She was very much in favour of the single market, but later she felt duped by her continental colleagues as she thought it had become more of a political union which entailed a loss of sovereignty.

Moreover, this ambivalence – being for the trade benefits but against any political declarations – and her ability to balance the different factions of the Tory party around this issue would not only shape her future beliefs in Europe, but also resonate down the decades to today’s question over Brexit. At the same time, her strategies also offering a possible solution for today’s troubles.

Like many Britons today, Thatcher was angered by the fact that the UK was a large net contributor which, she believed, didn’t reap enough benefits from the exchange. She was adamant to right this wrong by perpetually bringing the matter up during meetings with the European heads of state.

A story mentioned in the V/I Breakfast involved a late-night working dinner where Thatcher hammered on about the UK’s economic obligations to the European Communities, which had become burdensome. The story concluded that after many of the leaders became exhausted from Thatcher’s near relentless arguments that they, eventually, offered the UK a rebate.

In another area, the European Exchange Rate Mechanism (ERM), Thatcher initially vetoed the plan, believing it was too great a loss of sovereignty even though this was against the will of her Chancellor of the Exchequer, Nigel Lawson. Eventually, Thatcher did sign the ERM after a private rift with Lawson and the then-Foreign Secretary, Geoffrey Howe, which involved them threatening resignation during a cabinet meeting.

Here is where Eurosceptics in Central Europe can point to the benefits of maintaining a safe distance from Brussels without wanting to sever ties completely and avoid the complications with leaving the Union altogether.

In this same way, Thatcher’s perceived successes, even if only temporary, made the arrangement with Europe more tenable for the Eurosceptics in the Conservative Party.

Losing position in her own party

When the 80s were drawing to a close, the ambivalence which had marked her European policies from the beginning started to show strain. 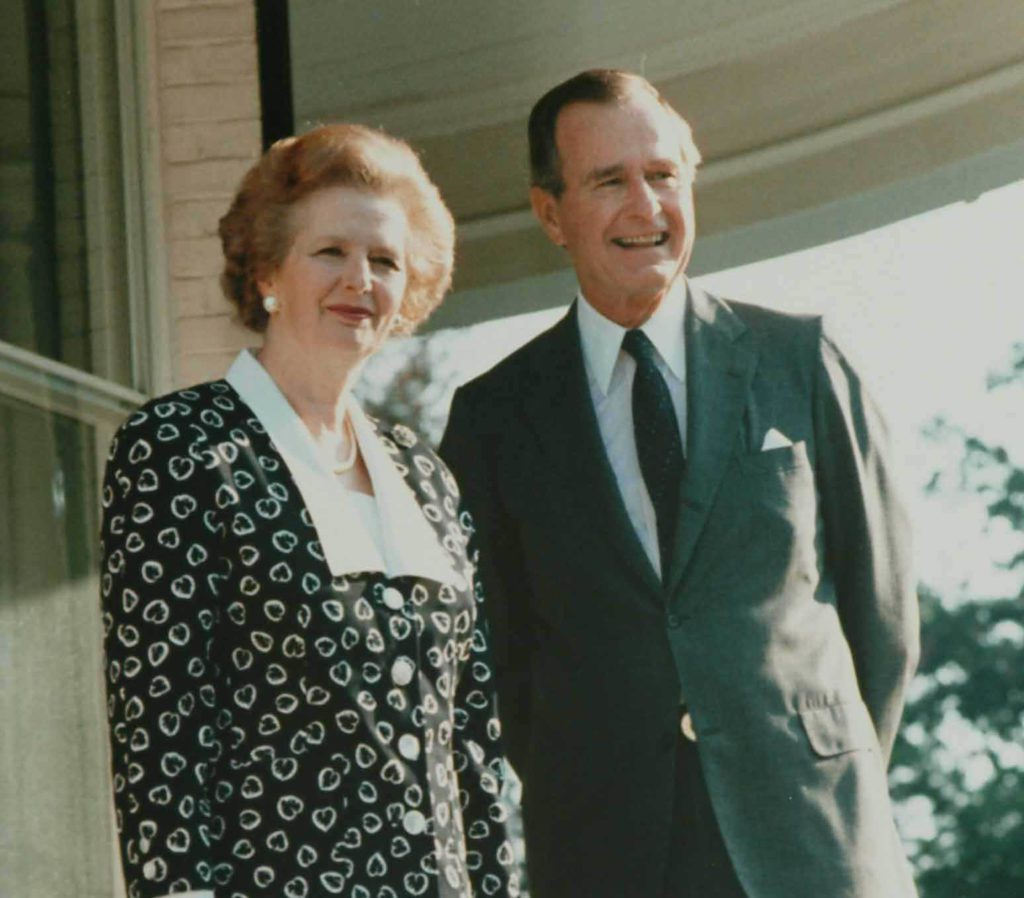 Thatcher’s desire to defeat communism was weighed against her fear of a unified Germany. Thatcher knew her personal views clashed with the trajectory of Europe as well as the wills of her allies, including those in her own party. Thatcher was anti-German and worried that a unified Germany could gain command – at least economically – of Europe.

Thatcher even attempted to employ the help of Mikhail Gorbachev just months before the fall of the Berlin Wall telling him that it was neither in the Soviet’s nor Western Europe’s interest to have a unified Germany.

However, these personal views continued to isolate her from the rest of the Western alliance, a divergence which reached its culmination in George Bush’s famous speech in Berlin in 1989 where he emphatically stated:

“When Europe grows in unity, Europe and America grow in security. When you integrate your markets and share a currency in the European Union, you are creating the conditions for security and common purpose. In all these steps, Americans do not see the rise of a rival, we see the end of old hostilities. We see the success of our allies, and we applaud your progress.”

Nevertheless, Thatcher was not willing to abandon her Eurosceptic tendencies and already in 1990, she was in favour of allowing a referendum as to whether the UK should stay in the single market – however, all the major parties were against this position, a trend that was to continue for the next 25 years.

Later, Thatcher would admit in private that she thought the UK should leave the EU though, in our discussion, Mr Moore was quick to point out that she had no plan for how this could be done.

Lessons learned from the SEA

As mentioned above, Thatcher was not keen on the how the single market was developing into a political grouping. How then was she able to pass the single largest pro-European legislation (the Single European Act, i.e. SEA) since the Rome Treaty which formed the EEC (without the UK) in 1956?

The answer is simple: Margaret Thatcher was more Eurosceptic – or at least perceived to be so – than almost any other member of her party. If she was backing the legislation, the pro-European wing of her party – lead by the likes of Edward Heath – were certainly content and the Eurosceptic detractors had no ground to stand on as their standard bearer was the one presenting the bill.

This is where Boris Johnson might take a page from the Iron Lady’s playbook.

Real or not, Johnson is seen as a staunch Eurosceptic; thus by making a small change to Teresa May’s deal which effectively places Northern Ireland in a separate custom’s arrangement with the EU than the rest of the UK or even a much smaller “success” of rewording the non-binding political declaration, he can win the backing of most hard-line Brexiteers by arguing that he’s made the EU concede something.

Regardless of whether or not this arrangement would be for the benefit of England or the rest of the UK, he will be able to play the same card Thatcher did in passing the SEA, and this page of the Brexit conundrum could come to a close.

Weekly updates with our latest articles and the editorial commentary. 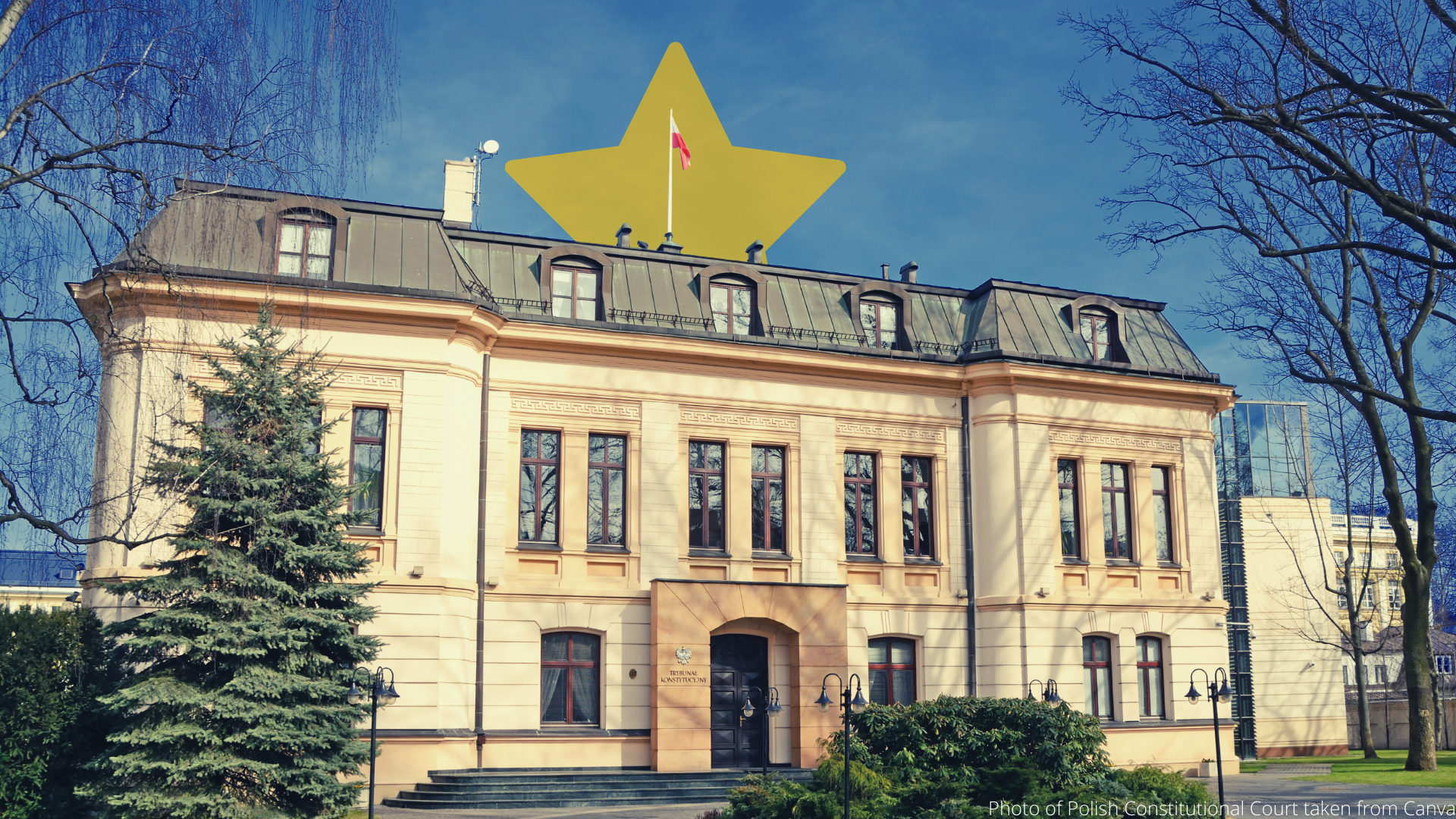 It’s a long way to ‘Polexit’ 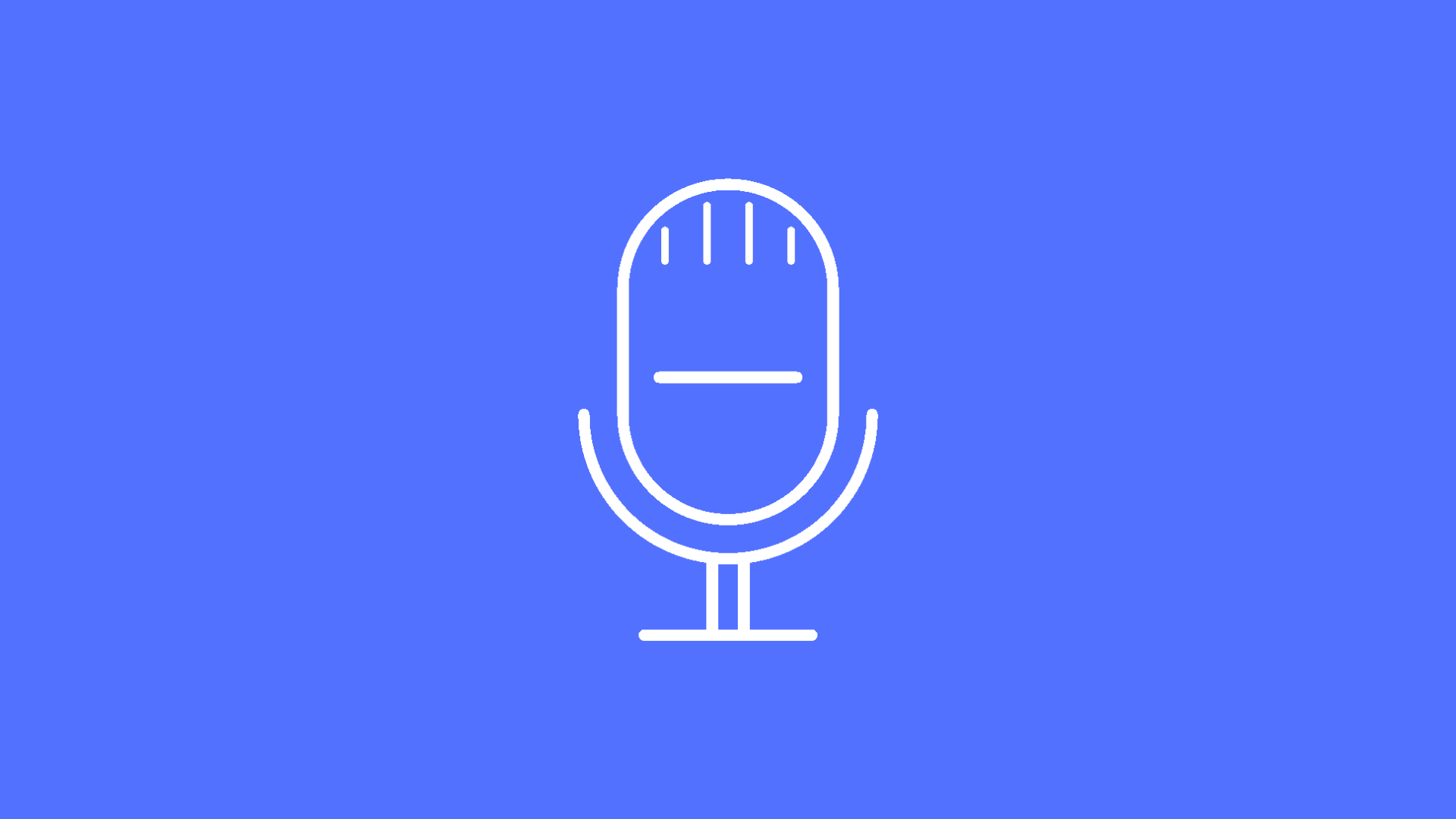 Podcast: Problems Passing on the Torch 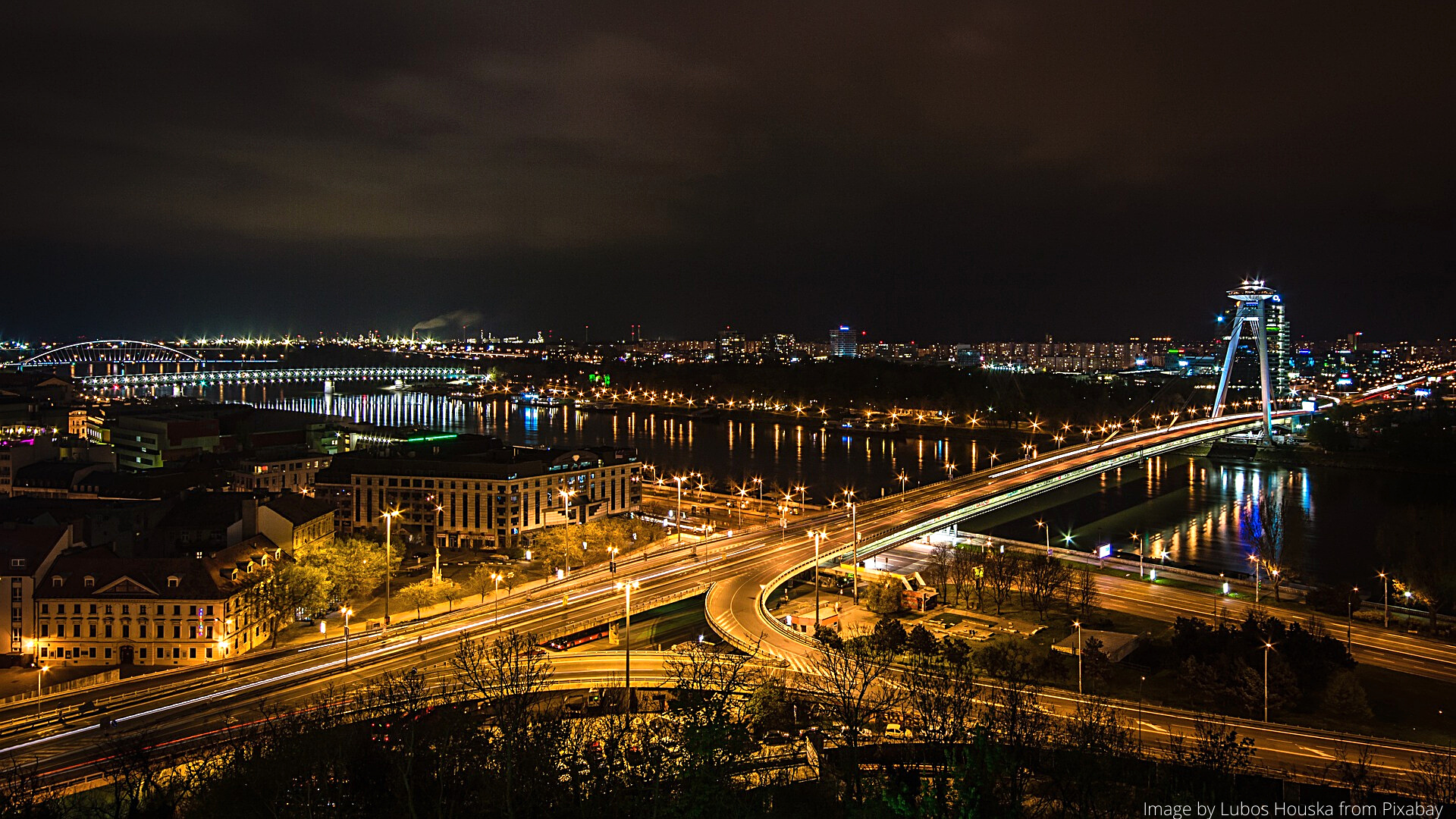 We are based in Poland and we use cookies on our website to give you the most relevant experience by remembering your preferences and repeat visits. By clicking “Accept”, you consent to the use of ALL the cookies. Privacy Policy
ACCEPT
Manage consent

This website uses cookies to improve your experience while you navigate through the website. Out of these, the cookies that are categorized as necessary are stored on your browser as they are essential for the working of basic functionalities of the website. We also use third-party cookies that help us analyze and understand how you use this website. These cookies will be stored in your browser only with your consent. You also have the option to opt-out of these cookies. But opting out of some of these cookies may affect your browsing experience.
Necessary Always Enabled
Necessary cookies are absolutely essential for the website to function properly. This category only includes cookies that ensures basic functionalities and security features of the website. These cookies do not store any personal information.
Non-necessary
Any cookies that may not be particularly necessary for the website to function and is used specifically to collect user personal data via analytics, ads, other embedded contents are termed as non-necessary cookies. It is mandatory to procure user consent prior to running these cookies on your website.
SAVE & ACCEPT