At Visegrad/Insight this morning, many distinguished guests joined us for our first of a series of breakfast round tables to offer their thoughts on the recent developments within the region. The initial focus was to be on what consequences we can expect from the Czech elections which found the incumbent, President Miloš Zeman, winning with 51.4% of the vote.

While much of the discussion touched on issues that can cause divergence in the Visegrad region, an early optimistic comment mentioned that the political situation in Central Europe (CE) has at very least energised the public.

In Czechia, a significant number of the population turned out to vote, 62% and 67% of the country for the first and second rounds, respectively. This echoed the 2017 Austrian election which had an astounding 79.4% of registered voters casting their ballots. Whatever one might feel about the outcomes of these elections, one can no longer blame an apathetic population for the result.

The Bear and the Dragon

It was stressed, on more than one occasion, that Prime Minister Andrej Babis, while being an ally of Zeman, is more economically aligned with Western Europe regardless of any campaign rhetoric he might have used, and it would be his government – if he is successful in forming a coalition – that chooses the direction for the CE country, not President Zeman.

Moreover, the relative impact of China on CE is nominal when compared to areas like the Balkans or even Africa. It was pointed out that a common Chinese strategy is to look for large infrastructural opportunities to invest in such as ports or power plants, neither of which are on offer in Czechia, and only very limitedly so in the wider Visegrad region.

However, some contended that the very existence of these opportunities – like potential Chinese, Russian and even Korean investment – is not in itself a hindrance. To the contrary, these opportunities might just be the benefits derived from the V4’s inclusion in the EU and the larger forces of globalisation which have opened up the region over the past 15 years.

A point that took up much of the discussion was the re-emerging of the old “East-West” divide which has been fuelled by the anti-EU and illiberal stances of the leadership in Poland, Hungary and Czechia. It was granted that the countries found a galvanising issue with their stances on EU immigration policies, a strategy which proved successful for many now in power.

That being said, a few at the table identified an unfortunate pattern emerging from CE countries. They are critical of EU policies and clamour about not having enough power to direct the union, but then these same countries don’t offer any solutions or alternatives to the problems they highlight.

The Real Effects of Fake News

Of course, disinformation was discussed, but the effect of “fake news” on the Czech elections and across the region was not universally agreed on. Some pointed to the high turnout of voters as proof that the disinformation campaigns were unsuccessful in their goals while others mentioned that the goal itself might have just been the increased polarisation of the populace.

There was a claim that for Russia to be successful in their disinformation programme, they need to convince the West that the Eastern expansion was a mistake. A sentiment that is now being echoed across the continent in the form of a “two-speed” Europe.

Look for more reports on the V / I Breakfasts in the coming weeks.

Galan Dall is the editor in Visegrad insight. 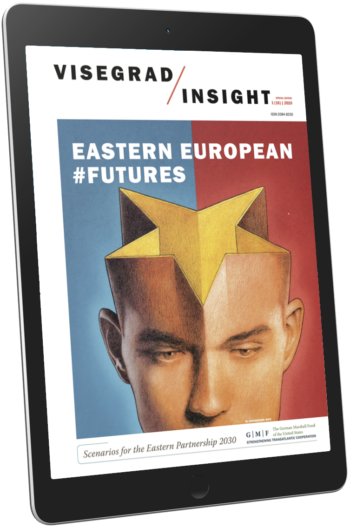