As Tamkin emphasises in her book, there have been notable tensions and even contradictions between his financial operations and his philanthropic ambitions.

Over the past four decades, George Soros has been the world’s largest private funder of independent groups working for justice, democratic governance, and human rights.

The starting point for Emily Tamkin’s rich explorations in her The Influence of Soros is that the conspiracy theories that surround Soros’ person have become so prevalent in recent years that they threaten to obfuscate that he has indeed wielded tremendous influence — just not in ways that his detractors would want us to believe.

Divided into nine chapters that explore key episodes in which George Soros was particularly influential (without necessarily achieving his intended goals), this timely book sets three main tasks: to assess what Soros’s influence in finance, philanthropy, and politics has been; to disentangle that influence from the conspiracy theories that threaten to undermine it while examining where such ideas come from and what about Soros is so attractive to illiberal leaders looking for a bogeyman; and to dissect the tension between the goal of a fairer, freer, more equitable society and a billionaire employing his power and influence to further it.

As a member of a mortally endangered minority during his youth and a teenage survivor of the Holocaust in Hungary, Soros has been keenly aware of the dangers of hatred and extremism. He learned early on that rules were meant to be obeyed unless they were unfair and unjust – in which case they had to be opposed and changed.

A talented and bold innovator in finance, Soros set up his first hedge fund in 1969 and soon emerged as one of the most prescient investors of his generation. A decade later, by which time he had accumulated fabulous wealth, he decided to launch his philanthropic foundation to open closed societies, make open societies more viable, and promote critical thinking.

While George Soros has hoped to hermetically separate his activities within the economic sphere – where he followed his self-interest in an essentially amoral manner, if in accordance with the rules in place – from his propagation of cultural and political values, Tamkin is right to remark that he simply became too influential to be able to neatly compartmentalise.

As the author emphasises, Soros has been among the key actors in an industry whose norms and rules have generally served to disenfranchise masses of ordinary people in recent decades – such as when his funds made some 750 million US dollars in Thailand of the 1990s while millions of people lost their livelihoods.

Moreover, Soros’ growing notoriety as a robber capitalist clearly helped his ideas acquire a public resonance they might otherwise not have possessed.

After all, it was not George Soros’ significant positive role in facilitating the 1989 revolutions in Eastern Europe but his controversial role in shorting the British Pound, i.e. his role as a financial speculator rather than his support for democratic culture, that increased his public visibility by the early 1990s.

Rather than merely writing large cheques, from the very beginning Soros’ philanthropy drew on his philosophical convictions, with the concept of open society at their core – a concept that implies, among others, that the individual’s dignity and freedom to participate in public discussions ought to be protected.

Since humans are fallible and nothing can be known with absolute certainty, proponents of open society believe that people with their different perspectives should pursue open exchanges so that they might arrive at a better understanding.

Drawing on the formative experiences of his youth, Soros has been cognisant that such open societies are constantly endangered and each generation must renew the fight for them to survive. It has indeed come to be one his key beliefs that those who believe in an open society ought to engage to ensure that the participation of those who would prefer a closed one does not succeed at excluding others.

When Soros launched his philanthropic projects, he was thus not acting like the customary humanitarian who might help provide water or electricity to the impoverished. He was much rather interested in supporting local reform attempts through providing scholarships and funding cultural foundations and civic organisations.

Cropping up in unexpected corners, the foundation was eager to support various nongovernmental initiatives without imposing heavy bureaucratic burdens. It would help reform systems from within through empowering talented individuals who could thus pursue their own priorities on the ground.

This strategy has proven rather effective over the decades even if it has raised the danger of small circles being set apart from their fellow citizens and becoming rather dependent on a particular source of charity – the potential sorry consequences of which one can observe in Central and Eastern Europe today, a region of the world where Soros clearly led as a donor before and after 1989 but where only a few have followed in his footsteps.

The limits of influence

As The Influence of Soros also shows, such a strategy of local empowerment would not work in places, such as apartheid-era South Africa or communist China, where there was not enough local support or space for independent institutions.

In other words, Soros’ cultural-political philanthropy has tended to be most effective in countries where they could act as catalysts rather than triggers, i.e. countries already on a path of liberalisation.

Bosnia and Herzegovina, to which Tamkin devotes one of her chapters, offers an illuminating case on the immense significance of and clear limits to Soros’ influence.

As Tamkin shows, Soros got involved in more conventional humanitarian efforts during the brutal wars of the 1990s, then also helped underwrite efforts that eventually led to the establishment of the UN Tribunal for the former Yugoslavia.

Acting more purposefully than the United Nations, George Soros managed to substantially help on the ground and contributed to the elusive pursuit of justice in the aftermath of mass atrocity but he still did not come to see the kind of societal and political transformations he would have preferred – and soon got disillusioned by post-Dayton Bosnia and Herzegovina with its entrenched ethnic separatism.

A Dreyfusard from the Right

As several further examples in the book demonstrate, Soros’ special approach to philanthropy has often been characterised by decisions taken because Soros believed that the mainstream way of thinking was myopic and politically cowardly, and by strong commitments made with foresight and maintained with courage.

At the same time, Emily Tamkin emphasises that far from having a systematic approach, some of Soros’ major decisions were due to almost random chance.

For example, when shifting to a new emphasis on making open societies more viable in the 1990s, Soros endorsed a concerted effort to address mass incarceration and the failings of the criminal justice system in the US through drug policy reform – an eminently sensible approach.

Rather tellingly, Soros’ interest in drug policy appears to have been first triggered by a 1988 article in the journal Foreign Policy which happened to appear next to his own article advocating the creation of an international currency – he practically stumbled upon potential ways to address this major issue.

As a result of numerous such novel commitments, the expenditures of Open Society Foundations jumped from 3 million to more than 300 million US dollars in the space of a few years. As Tamkin shows, under the post-1993 leadership of Aryeh Neier, Soros’ locally embedded foundations also grew into a global network with a marked focus on human rights.

While the first two decades of Soros’ philanthropy at the end of the last century had a liberal-progressive but essentially nonpartisan character, Soros would get more politically involved in the early years of this century – though not through the channels of his Open Society network.

He explicitly supported the ultimately unsuccessful efforts to defeat incumbent George W. Bush in the 2004 US elections, a political leader whose activities Soros viewed as a direct threat to the future of open society.

However, it was Soros’ endorsement of Mikheil Saakashvili in Georgia that amounted to his most direct involvement in a political uprising.

Being a rather pragmatic person with a high degree of self-reflexivity, what the disappointing consequences of the Rose Revolution in Georgia taught George Soros is that major reforms required broad public participation and support and that it was, therefore, dangerous and potentially counter-productive to try to achieve systemic change through close association with one particular government.

Reaffirming Soros’ epistemological scepticism and broader philosophical outlook, philanthropy as subversion was clearly a matter of trial and error.

The Influence of Soros also does well at presenting key continuities in anti-Soros propaganda while clarifying the disturbing novelty of recent years. Tamkin explains that back in the 1980s Soros’ influence was widely celebrated – even the otherwise authoritarian government of Hungary viewed him as a major benefactor of his native land.

As a subsequent chapter shows, it was in 1998 that the leader of a country – namely Slovak Prime Minister Vladimír Mečiar – first openly blamed Soros as a key part of his campaign strategy.

Nowhere was anti-Soros mobilisation as consistently on display in recent years as in Hungary though where power-holders re-conceptualised one of Soros’ columns on the need to manage immigration to Europe as a sinister plot.

In an unmistakably antisemitic fashion, Hungarian state representatives came to depict the country’s most famous benefactor as posing an existential threat to the nation – not for the first time in his long life though now with explicit reference to his personal name.

Principles and contradictions of a benefactor

A deeply disturbing but clearly ironic development: after all, while Soros has certainly been among the major financial beneficiaries of the recent globalisation wave, he has not been among its intellectual proponents.

If anything, Soros has vocally critiqued the arrangement which has benefited him so enormously. As he himself has openly recognised, the global financial system as it exists is incompatible with an open society.

As Tamkin emphasises, there have thus been notable tensions and even contradictions between his financial operations and his philanthropic ambitions.

It is fair to argue that Soros has personally empowered, enfranchised, and invested in the preservation, protection, and promotion of open societies in an unconducive context where one person can amass tremendous personal wealth, power, and influence to reshape societies.

As Emily Tamkin clarifies in this well-researched, informative and balanced book, such intellectual and ethical conundrums do not seem to bother the representatives of the causes of justice, democratic governance, and human rights George Soros’ philanthropy has benefited: they are grateful for the critical financial support Soros has been ready to provide without trying to impose any strict vision from above.

That ultimately leaves us with the moot question, aptly raised by Emily Tamkin towards the end, how a billionaire might donate in ways that actually reduce the exceptional power of the ultrawealthy. 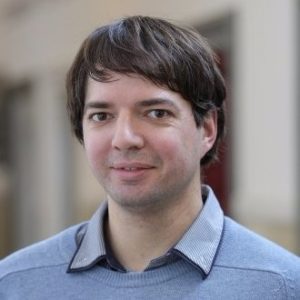